When I started racing 70.3 I never thought I would be in the mix for qualifying to race at the World Championships. A few really good races at the end of 2015 and early 2016 set me up well and I was ranked 20th going in.  My main season goal was to race well at Worlds.  With a few sub-par races heading into September I made a few tweaks to my training in hopes to give my body and mind the boost they needed heading into the big race.  Knowing I didn’t make the time adjustment well when I raced in Europe, I planned to leave for Australia as early as possible.  I arrived Tuesday morning, with the race on Sunday I had five days to adjust.  Overall the adjustment went well, I was tired early evening and up around 4 am, which lined up well with my race night sleep pattern.

Race morning I woke up around 4, ate my breakfast, drank plenty of water and jumped on my bike to cycle the 5K down to the race start. Upon arrival I went through my usual setup, got my GPS tracker and headed down to the beach.  All week the ocean waves were rough but on this day the ocean was more like glass.  They announced the pro men and sent them off to the start line.  The gun went off before some of the men even made it out to the line so I entered the water as soon as possible to make sure I didn’t have a delayed start.  The gun sounded and the 30 pro women were off.

After the race Patrick and I had a couple days in Brisbane to hang out. We ventured to the Koala Sanctuary where we got to hold koalas and feed kangaroos and wallabies.  Australia definitely impressed and I can’t wait to go back.

In other news, I’ve been very behind in my blogging. I don’t know that it’s completely fair but I’m going to blame it on “Wedding Planning.”  Patrick and I were married November 5th at my alma mater, Macalester College.  We were lucky it was a gorgeous record hot 70+ degree day.  Fellow triathlete and expert photographer Steve Stenzel was there to capture some photos for us so I’ll share a few below 🙂

Setup in our apartment 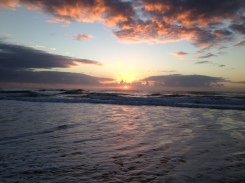 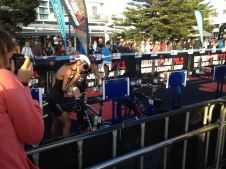 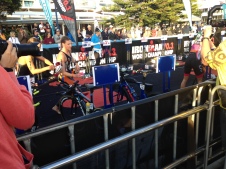 Photo thanks to Paul Phillips, riding on the left!

Momma and her baby 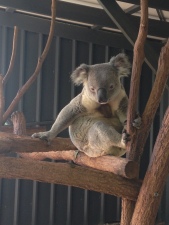 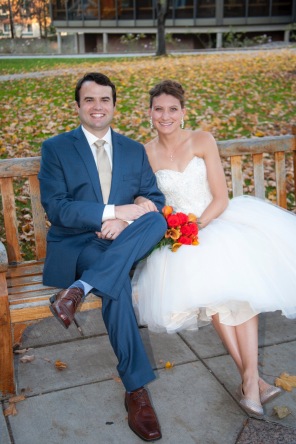 My flower girls and two of my favorite little people 🙂